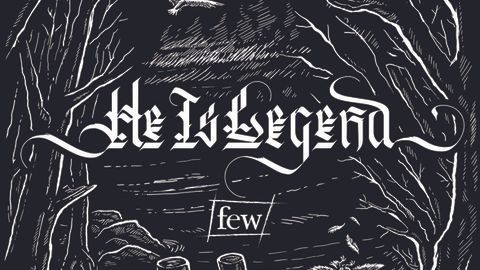 He Is Legend dialled up the swagger and exploration of sonic textures with 2014’s Dark Fruit, and with a successful Indiegogo campaign – not to mention a contract with Spinefarm under their belts – this album offers yet more justification. Opener Air Raid oozes with irresistible riffs and haunting melodies while the distortion-heavy current single, Sand, showcases Schuylar Croom’s delicate yet distinctive vocal style. The frontman has since referred to the recording experience stating “whatever vocal idea would pop in my head, I’d work as far away from that as possible” and the gamble has paid off. Infectious basslines strut alongside rampaging drums on Fritz The Dog and it’s virtually impossible to resist the sheer psychedelic elegance of Silent Gold. Beautifully bluesy rhythms and chugging breakdowns collide on tracks like Beaufort and Jordan duly invoking the ghosts of Soundgarden and White Zombie past, but it’s the funereal dirge of Sabbath-drenched slow-burner The Garden that truly delights and sends the senses into overdrive.