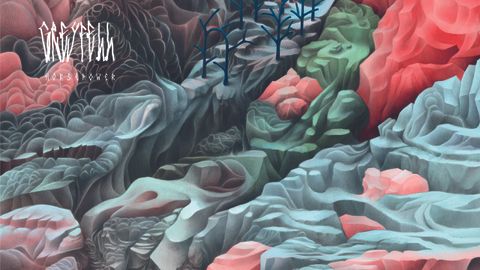 At the turn of the 20th century, researchers determined that humans actually had 12 senses – a fact worth noting because Greyfell’s enthralling sophomore effort summons every single one, teasing, shoving and elevating the listener into kaleidoscopic realms of sensory enhancement. Greyfell were formerly a power trio and Horsepower sees them augment their roster with a keyboardist, painting the spaces between the jackhammer riffing with chilling atmospherics and icy textures. Yet while bludgeoning fretwork and BM shrieks beat at Horsepower’s blackened heart, an exhilarating spirit of experimentation permeates the five tracks. Primal rhythms build and repeat into climaxes of towering potency, exploding into dizzying cascades of feedback, reverb and echo, as on Horses and the magnificent spectral dirge, Spirit Of The Bear. While the sheer density of the riffs occasionally obscures subtler dynamics, sumptuous rewards await those brave enough to commit to the voyage.