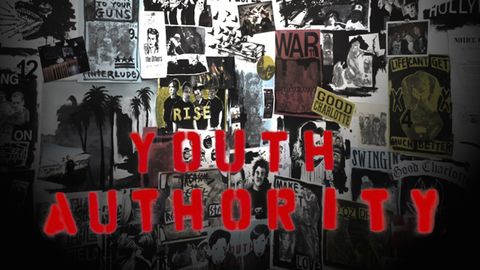 Formulaic? Emo? Okay, so Good Charlotte emerged in the early noughties as spike-headed skate-punk freaks making teen-friendly rock about hating their dads, reached a peak with some songs you vaguely remember from 2004, got Hollywood wives (singer Joel Madden married Nicole Richie; his guitarist brother Benji bagged Cameron Diaz), went on ‘hiatus’ in 2011 after their fans grew up, and have returned five years later with a back-to-basics album about loving being dads. So far so Blink-182 and Fall Out Boy; Good Charlotte remain the Dick & Doms to their forebears’ Ant & Decs.

Right down to its emo celebrity guests (Simon Neil, Kellin Quinn, Mikey Way’s in a video), rueful talk of “going through these life changes” and a bit on War where they seem to yell ‘Zane Lowe!’, Youth Authority smacks of desperate emo-reunion box-ticking. But there’s no denying the tour de force of power punk songwriting on display – Life Changes, Cars Full Of People, Rise and The Outfield are showpieces of the form, and the maturing Good Charlotte cleverly mingle punk defiance (‘even when they said we sold out… we go down playing and saying what we think’; ‘we were the young and hopeless, we were the broken youth, you’re not the only one they used’) with knowing self-mockery.

40 Oz. Dream finds them bemoaning all the 40-something punk rockers ditching heroin and squat gigs for ‘coaching little league and reading stories’, and wishing they’d been a 90s hip-hop act as ‘they still know how to throw a party’. By-the-book, yes, but still a page-turner.