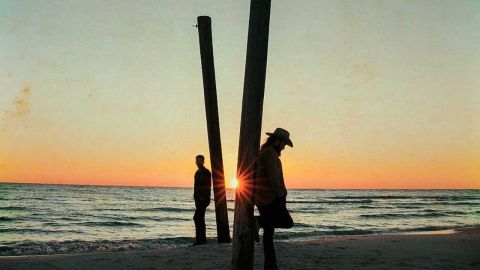 Slow Your Roll
Shoot Me Straight
I Don't Remember Me (Before You)
Weed, Whiskey And Willie
Tequila Again
A Couple Wrongs Makin' It Alright
Pushing Up Daisies (Love Alive)
Drank Like Hank
A Little Bit Trouble
While You Still Can

John and T.J. Osborne found a niche for themselves with 2016 debut Pawn Shop, which married their love of old-school country with the swampy southern rock of The Allman Brothers and Lynyrd Skynyrd. It quickly found its audience too, the album going gold in the US and cracking the Billboard Top 20.

Understandably, the Maryland-reared brothers have refused to fix something that ain’t broke, offering up a similar batch of goodness for their follow-up. Port Saint Joe, named after the Florida beach town they recorded in, sees them reunite with producer Jay Joyce for songs that ably showcase their whiskery hard-luck tales of romantic despair and boozy solace.

The countrified R&B of Slow Your Roll carries echoes of Chris Stapleton, as does Weed, Whiskey And Willie. And while they tend to over-rely on Nashville’s standard lyrical tropes, the Osbornes excel on harder-rocking tunes like Shoot Me Straight, which morphs into a dazzling showcase for John’s guitar mastery.