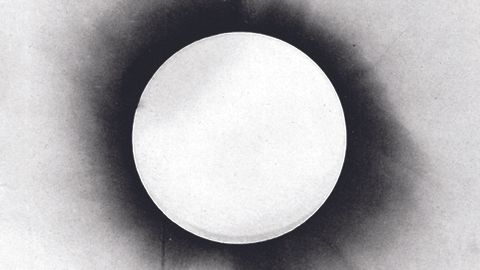 We’ve been here before with Architects. For the second time in their existence the pressure’s on to follow up a career high point and place themselves in a league above their peers. Back in 2011 the follow-up to the monstrous Hollow Crown was the enjoyable, but ultimately unloved The Here And Now. With such stalling of momentum, Architects deserve all the credit in the world for realigning and regrouping to deliver the excellent Daybreaker and the jaw-dropping Lost Forever//Lost Together. The question now is this: have they learned the lessons of their past, or will the albatross of their own back catalogue cripple them once again?

Opener Nihilist couldn’t set the bar much higher. It instantly roars out at you before lurching back and forth between brooding intensity and unrestrained spite. It’s an exercise in perfectly balanced, muscular, precision brutality and emotive, melodic restraint. And if that hints at Architects widening their goalposts, then second track Deathwish is even better. With a juddering Tom Morello-meets-Meshuggah tech-metal groove doing the aural battering, it leaves vocalist Sam Carter to coax you into its spell with a chorus that is made for arenas… stadiums, even.

With an opening couplet of the highest quality it’s quite amazing that All Our Gods Have Abandoned Us actually continues to not just match these standards, but surpass them. So while Gravity feels like having your body pulled apart by Hatebreed and Deftones at exactly the same time, Downfall has the same mixture of rhythmic complexity and grandiosity that Biffy Clyro would be proud of but with the kind of riff that wouldn’t be out of place on a Lamb Of God album. Yes, that’s Biffy Clyro and Lamb Of God being referenced to the same band, on the same album, on the same song. Throughout the album the sound of Architects are ripping up their own rulebook becomes more and more deafening.

After 10 tracks without a single wasted moment you might think you’ve heard as much as this band can give you, but then final track Momento Mori arrives. It’s not just the most important song this band have ever recorded; it’s the moment where Architects make the jump to stand utterly alone. It’s arguable that none of their peers have ever even attempted melding contemporary metal with jarring, avant-garde electronica reminiscent of Aphex Twin, the type of lurching post-rock you might hear from Cult Of Luna and an almost gothic bleakness like this. But Architects not only take the risk, they strike oil with it. In eight minutes of pure musical trauma they deliver the definitive moment of their career thus far. In an album full of loud noises, the loudest noise above it all is the sound of every other metalcore band on Earth choking on Architects’ dust. They now belong in an elite group alongside Deftones, Meshuggah, Converge and The Dillinger Escape Plan: bands that defy categorisation and simply are themselves. Have Architects learned the lessons of the past? Fuck yes. Quite how they follow All Our Gods…, though, lord only knows.

WHAT NEW ELEMENTS DID YOU BRING TO THE ALBUM?

“Using electronics more, stretching the boundaries of what we did with them. We always say that we don’t like Nine Inch Nails, but we like the idea of them. There was a lot of trying to create NIN as we’d like to hear them.”

DO YOU THINK YOU STILL BELONG TO METALCORE?

“With all due respect to those bands, that isn’t what we want to be. The bands that we grew up loving were never tied to one genre; they were hard to categorise, and that’s what we want to do.”

HOW IMPORTANT A SONG IS MeMENTO MORI?

“It was the biggest risk we’ve ever taken. But we needed to see if we could do an eight-minute song with all the various sounds and twists and turns it takes. And it has us excited for where we can take it in the future.”