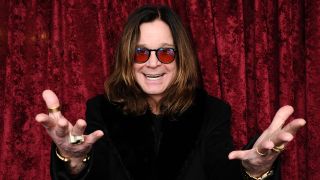 Ozzy Osbourne has been called a “genetic mutant” after research into the rocker’s DNA was carried out.

Genetics professor Bill Sullivan delved into a study by Massachusetts-based research firm Knome from 2010 while researching his new book Pleased To Meet Me: Genes, Germs And The Curious Forces That Make Us Who We Are.

The initial study was performed using a blood sample from The Prince Of Darkness in a bid to understand how he’s managed to withstand years of drug and alcohol abuse while others can’t.

The result, according to the New York Post, was that they discovered a previously unseen mutation which showed Ozzy has several genetic variations that predisposed him towards addiction, and that the mutation allowed the now sober Ozzy to drink in larger quantities than the average person.

Sullivan says: “Ozzy is indeed a genetic mutant,” in the book which will be released in September through National Geographic.

The publication also claims that our DNA shapes everything, from things we love and hate, our political leanings, who we’re attracted to and why “bacteria in our guts mess with our minds.” The book also claims that our grandparents’ experiences in the past also echo in our own DNA.

Sullivan adds: “A gene is one piece of a puzzle that makes up a picture. You can’t tell what that picture is going to be solely by looking at one puzzle piece.”

Ozzy, meanwhile, will return to touring in early 2020 when he resumes his No More Tours 2 dates across the UK and Europe.