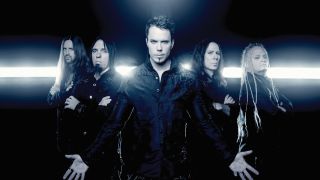 Pure heavy metal, the kind with melody front and centre, and the sort with actual singing, not growls, shrieks or whatever noises Mike Patton is making this week, often gets pigeonholed as having ludicrous lyrics about, like, dragons and stuff. Luckily, the reliably excellent Kamelot not only live up to such expectations with shameless aplomb, but are in the habit of doing it rather well indeed.

The Florida-based, multinational metallers are equally happy to embrace grand literary concepts (they did do a two-album cycle based around Faust and Mephisto), philosophical contemplation, or discuss more tangible real-world subjects./o:p

“What we always try to convey is emotion,” says founder and guitarist Thomas Youngblood, discussing the band’s new album, Haven. “Lyrically, we want to show different parts of life – the dark side of life, for example – but also my goal is always to have some element of hope, where you feel good at the end. We have songs like Veil Of Elysium, which is very uplifting, but then we have a song like Here’s To The Fall, which is super melancholic. So we want to bring the fans through all these emotions, not only musically but also lyrically.

“On Haven, there is this rebellion thread going through the record. We’ve been talking a lot about, for example, technology, corporations, Big Brother government… all these kinds of things. We wanted to bring this album more into the present and future.”

Despite the “rebellion thread”, Kamelot have never been ones to radically and totally reinvent the wheel, but they have always pushed themselves – when Dimmu Borgir vocalist Shagrath guested on The Black Halo in 2005, it was an almost-unheard-of cameo for such a melodically inclined band.

But, while many bands often pretend they don’t care about any opinions but their own, Kamelot do at least consider the opinions of others after satisfying their own creative demands.

“When you go to a Kamelot show – for example, we just played in London recently [the band sold out London’s Forum] – there you’ll see [everything] from the 14-year-old goth girl to the 50-year-old prog guy with a Rush shirt,” Thomas explains.

“There’s a lot of diversity within our fanbase, which is a blessing, so we have a lot more leeway than others to do different things. I always think first, ‘Do I like it myself?’ and then I do go back and think about the fans. I would never be one of those people to say, ‘I don’t care what the fans think’ because I think it’s crazy to say something like that. They’re the ones that are coming to the shows and buying the albums, and you have to think about that!”

HAVEN IS OUT NOW VIA NAPALM/o:p