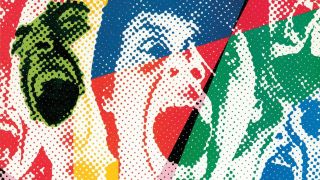 UFO\u2019s Strangers In The Night: one of the greatest live albums ever

“Listen to the album. There are some wrong notes on that song. I hate mistakes.” More than 30 years after the event, Michael Schenker still recalls the straw that broke the camel’s back and prompted his exit from UFO. The year was 1978, and the band were holed up in New York’s Record Plant studios, mixing their double live album Strangers In The Night.

Tensions had been building within the band for years. Personality clashes between the loose-cannon German guitarist and his equally wayward British colleagues had already seen Schenker warn the rest of UFO that he would leave the band after the tour for 1978’s Obsession album. But no one expected his departure to be quite so sudden.

Schenker had been at loggerheads with producer Ron Nevison over which version of his showcase song Rock Bottom to use on the live album. The guitarist was unhappy with the producer’s choice of take, and insisted that he either change it or let him overdub it. Nevison refused.

“Michael’s entitled to believe that there were better takes of Rock Bottom that might have been used,” Nevison tells Classic Rock, “but a guy like Michael Schenker is only listening for Michael Schenker. As producer I listen to the bigger picture. Michael was never what you’d call a ‘band guy’.”

For singer Phil Mogg, this studio flashpoint provided a moment of unintentional comedy. “I can still see Michael, who was becoming more and more distanced from the band, going out of the studio mumbling: ‘Poor, poor Rock Bottom’,” Mogg recalls with a smirk. “And that was the last we saw of him.”

Chaos has always reigned supreme in the world of UFO, but never more than in the late 70s. The combustible mix of five flamboyant, eccentric personalities – Mogg and Schenker plus bassist Pete Way, guitarist/keyboard player Paul Raymond and drummer Andy Parker – combined with various alcohol and drug-fuelled excesses, was a sure-fire recipe for the worst kind of pandemonium.

Schenker had left his original band, Scorpions, to join UFO in 1973 when he was just 18 years old. Tensions between the German guitarist and his British bandmates were apparent early on, with Schenker and Mogg enjoying a particularly fractious relationship. At times it seemed like the pair were intent on re-enacting World War 2 on a daily basis.

“I always said that I would quit the band if Phil Mogg hit me,” Michael recalls. Inevitably, a physical altercation did eventually ensue – though neither party is clear as to where, or even when, it occurred. “The fight with Phil might have happened in Germany – maybe Strangers In The Night had already been recorded,” says Schenker. According to Mogg the fracas happened years previously, possibly as early as 1974’s Phenomenon album. “There were often times when I wanted to belt Michael,” says the singer.

Such was the bad blood, Schenker had even quit the band once before, around 1977’s Lights Out, only to be talked out of his decision by bassist Pete Way.

Despite all this, by 1978 UFO were on the verge of their big breakthrough. Obsession had added a new-found maturity to their powerful hard rock thunder in the shape of the strings-assisted Looking Out For Number One and Born To Lose, and the album had followed Lights Out into the US Top 50. The time was right for the band to record a live double album. And, unlike Kiss, whose Alive! LP, had been the ultimate shit-or-bust statement, UFO’s live album would capture a band already well on their way to stardom. Strangely, though, not everyone concerned was convinced by the idea.

“I didn’t even want to make a live album,” admits Mogg. “At that point the band was so up and down, depending on who’d been doing what. Wine, women and song was our priority, in that order. Suppose they recorded a dodgy night?”

Drummer Andy Parker agrees that the partying – not to mention the bust-ups – affected the band’s performances. “The intake was astonishing,” he says. “We’d have different types of booze for times of the day, for Christ’s sake. There’d be white wine for the sound check – nothing too heavy – and it would build from there during the gig and afterwards. You’d be up till four in the morning, then get up and do it all over again.”

Schenker insists that he was always in control on stage, though what happened afterwards “is another thing completely”. As well as his extra-curricular activities, Schenker’s problems were compounded by the fact that he suffered from crippling stage fright. To combat this he was taking the same anti-depressants that would kill The Who drummer Keith Moon just a few months later. “It was a very, very bad time for me,” Schenker recalls. “I stopped taking those tablets after Strangers In The Night.”

Phil Mogg is less sympathetic. “The pills made Michael’s face go red as a beetroot,” he says. “You weren’t supposed to take them with alcohol. But back then everybody knew their own personal limits.”

The songs that would appear on Strangers In The Night were recorded on the US leg of the Obsession tour in Autumn 1978. To minimise potential disaster, the band’s label, Chrysalis, hired the Record Plant’s remote unit and dispatched Ron Nevison – who had produced UFO’s previous two albums – to record six shows on the tour. Despite gravel-voiced stage manager Steve Brooks’s opening rallying cry of: “Hello, Chicago. Would you please welcome, from England… U!… F!… O!”, the album was eventually pieced together like an audio patchwork quilt.

“There are some things about that record that Mike Clink [who co-manned the mobile truck and would go on to produce Guns N’ Roses’ Appetite For Destruction] and I still can’t remember,” admits Nevison. “I don’t even recall recording the show in Louisville, Kentucky, but apparently we did so. And then, of course, there’s also some conjecture over the amount of ‘fixing’ that was done.”

The post-production ‘fixing’ he’s referring to has been the subject of much debate over the years. A name-check for Schenker’s eventual replacement in UFO, former Lone Star guitarist Paul ‘Tonka’ Chapman, on the sleeve of Strangers In The Night prompted rumours that Chapman had touched up some of Schenker’s guitar parts in the studio following Michael’s departure from the band. For once, though, on this both Michael Schenker and Ron Nevison are in agreement.

“No bloody way,” says the guitarist. “If that were true you’d be able to hear it.”

However, certain ‘fixes’ were made. In order to accommodate four sides of vinyl, Nevison was forced to rearrange the running order of the set as it had been played. Two of the songs that appear on the album – Mother Mary and This Kid’s – were also re-recorded in the studio afterwards and overdubbed with crowd noise from the tour.

“Some people will say: ‘Oh, then it’s not a real live album,’” says Andy Parker. “But we set up the gear like we’d have done at a gig and played the damned songs. It really was as live as you could get.”

One thing that no one disagrees with is that the album’s distinctive title was proposed by its producer, Nevison. There is, though, still some disagreement over the identity of the open-mouthed fan pictured on the front cover. According to some, the colourful face is that of the band’s long-time publicist, Joe O’Neil (who died in 2008).

“Are you sure?” says Mogg. “I always thought it was Peter Curzon from [sleeve designers] Hipgnosis.” If the devil is in the detail, UFO are positively angelic.

Despite all the chaos surrounding Strangers In The Night the album would give UFO their biggest ever hit, reaching No.8 in the UK chart and No.42 in the US. In 2009, the album was reissued with the as-performed running order restored, and with two additional tracks in the shape of Hot ’N’ Ready and Cherry. That reissue also exhumed some of Mogg’s previously unheard stage patter. “We’re getting a bit confused up here; it’s your licensing laws,” the singer tells the crowd at one point. “We’ve just taken a vote, and apparently this is something called Natural Thing.”

These days, UFO are still very much a going concern, with Mogg, Parker and Paul Raymond still in the line-up. The guitarist himself talked about putting together a band called Strangers In The Night with UFO bassist Pete Way and former Scorpions drummer Herman Rarebell to perform songs from the album of the same name, along with other choice material from his career. That idea has since been mothballed, but at least Schenker seems to have got over the stage fright that plagued him for so long. “Isn’t it funny? I’ve developed an extreme liking for being on stage,” he says.

More than 30 years on, a surprisingly large number of musicians have spent time as a member of UFO, but it says much about Strangers In The Night to note that many of the songs on that album are still in the band’s live set.

“Strangers is our best album, and I’m blown away that it’s still considered important,” says Andy Parker today. “We made some great studio albums, but to understand UFO you always had to see us live. It remains the epitome of what we’re about.”

“It has a lot of vigour and strut,” adds Phil Mogg. “As a doubting Thomas that hadn’t wanted to do it, I was very, very wrong.”

Nevison himself adds: “Everybody agrees that Strangers In The Night is one of the best live albums ever, so I didn’t do such a bad job. Whatever complaints Michael Schenker might have, he can stuff them.”

After all these years, even Schenker himself has learned to live with what he calls the album’s “mistakes”. “Those notes might have been wrong,” he concedes, “but they became classic wrong notes.”