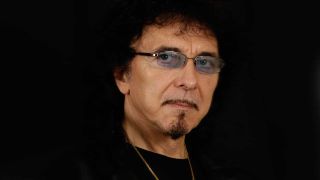 In 1970, Black Sabbath created heavy metal’s big bang with their self-titled album. Often imitated but never bettered, Black Sabbath's success saw them go on to record some of the biggest-selling and most important releases of the 70s and pretty much single-handedly give birth to the heavy metal movement in the process.

What were you hoping to achieve with the first Sabbath album?

“We wanted it to be heavier than anything that had ever been heard before. In those days, everybody wanted you to play what was the ‘in’ thing. But we didn’t conform. We were creating something different.”

Who did you view as the competition?

“In the early days there was a rivalry between Black Sabbath and Led Zeppelin and Deep Purple, but not a bad kind of rivalry. We weren’t horrible to each other.”

What was going through your head when you wrote the song Black Sabbath?

“I liked the power and the atmosphere in horror films, and that had an impression on my writing.”

Were you dabbling in the occult, or did it go deeper than that?

“We were really interested in it, especially Geezer [Butler, bassist] and I. Very interested in what it was like on the other side of life. We tried a Ouija board and frightened each other. I think in those days, we were open to a lot of stuff. We were young and learning and just trying to experience things.”

The recording of the album was a new experience for you...
“Oh yeah. We knew nothing about recording. All we knew in those days was how to play the songs, like we did at gigs. So it was very different for us to go into a studio with a producer. And because we only had a couple of days to do the whole album, it was hard for us because you only had one go at each song. We were like, fucking hell!”

How did you feel when the album was released?

“We loved the idea of having an album out. We never knew for one minute what was going to happen with it, of course. It was just exciting to be able to do an album.”

And then the bad reviews came in...

“It wasn’t nice to read the reviews. I just went, ‘Oh my God!’ I didn’t mind if a reviewer said, ‘It’s not my cup of tea, but a lot of kids do like it.’ But they said that nobody liked us. That was a little upsetting.”

You were also branded Satanists. How did you feel about that?

“I think in one way it helped us. At one point we weren’t doing any interviews, so nobody knew much about us. I heard stories about people being frightened to meet us. But it created this thing and people wanted to come and see what we were like. So the image was good and bad, really.”

And in the end, the critics were proved wrong, the album was a hit, and Sabbath soon became one of the biggest bands in the world...

“We were amazed that the album did so well. But the most important thing is, we believed in what we did, and that was the way life went for us, right from the beginning. We had to get over a lot of fences, but we just forged ahead. It’s the only way you can do it. You can’t just fall apart because of what other people say. You’ve got to believe in what you do. And we certainly did."