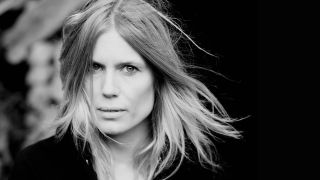 It’s hard to believe that it was only last year that the Danish one-woman project known as Myrkur first emerged into the cold glare of public scrutiny.

With a compelling blend of raw, Norwegian-inspired black metal, stirring folk elements and ethereal choral passages, the self-titled debut EP (released, notably, by sizeable US label Relapse Records, an impressive achievement for an outfit with no previous black metal releases) immediately provoked a wide variety of emotional responses, from unbridled elation to outright horror. Such a polarising of opinion seems to have come down to a number of factors judging by the comments online; differing musical opinions regarding the primitive and lo-fi nature of some of the recordings, the project’s status as a one-woman operation (an exciting novelty for some, a definite turn-off for others) and a perception in some quarters that the project, having achieved a degree of success after appearing from nowhere, had not ‘paid its dues’.

Myrkur is back less than 12 months after the release of the debut, returning in style with an unforgettable full-length album entitled M. An impressive and often genuinely moving collection of songs, it not only expands significantly upon the blueprint of its more inconsistent predecessor, but presents a bold musical vision that touches upon the groundbreaking at several points in its 37-minute duration. It also stands as one of the rare successful examples of folk and black/extreme metal fusion, a result that may well may come down to the unusual background of the project’s main protagonist.

Born Amalie Bruun, Myrkur (used as the pseudonym of the artist as well as the name of the outfit) grew up within a musical family, and began singing and playing folk music on violin and piano while still a child. By 2006 she had released a decidedly non-metal self-titled album, and spent the years that followed living in America, modelling for the likes of Chanel while continuing to record music, both solo and in a band called Ex Cops, which featured the involvement of one Billy Corgan. Despite her successes, however, a burning love of Scandinavian black metal (and, just as importantly, Scandinavia itself) drew her back, not only to her native Denmark but to her collection of homemade demos. It was these dark, angry and scratchy recordings that formed the basis for the Myrkur EP.

“I did metal all along for myself, I never played it for anybody,” she recalls. “Those were just the demos that I had collected throughout the years and I had to be convinced by the people who’d heard them that it would be a good idea to share it with the world. I felt it was a little too personal and I know how the world – and the internet – works today. When it came out, the reactions were surprising because they were so strong: very much love or very much hate. I take it as a compliment. But I was overwhelmed by the response. The vinyl kept selling out and I had people getting tattoos of the logo, but I also got people saying, ‘I hope you die.’ I wasn’t expecting that at all, so I didn’t really want to do more. Then my manager said, ‘Now it’s time to do a full-length and we should get a producer.’ I wanted Kris[topher Rygg] and thought this wouldn’t happen. But Kris liked the EP and wanted to work with me. He influenced me a lot [with Ulver], so to hear from him years later… It was a big feeling.”

The Ulver mainman quickly became involved in the project and demos began to be sent back and forth as they planned what musical direction the full-length album would take. Far from being clear cut, this decision necessitated a number of discussions between the two parties, the project’s mastermind herself explaining: “He knows I love Hellhammer and he had to say, ‘This is not really the direction I was thinking.’ And I would say, ‘Well, we’re not making some funky 70s album either, I’m telling you that!’”

Needless to say, neither Hellhammer nor funky 70s influences are evident on the album, though some Ulver inspirations are. M is perhaps more dynamic than that band’s early works, with its extreme metal passages contrasting with brooding, multi-layered, clean vocal landscapes and delicate piano. It’s a much larger-sounding work than the EP, thanks not only to a superior production but more expansive songwriting and an increase in personnel. Having decamped to Oslo, the vocals, piano and guitar of the founding member are joined by the drums of Øyvind Myrvoll (Nidingr) and guitarist/bassist Teloch (Nidingr and Mayhem) as well as horn, string and traditional Scandinavian instrument players.

“At first I could not imagine playing with anyone else because I did everything on the EP myself,” Myrkur admits. “The idea of having to delegate musical work out to other musicians… I just couldn’t imagine. But then I thought, ‘If I can send out this EP, I can do this.’ Even so, with every song I thought, ‘OK, this is when it will all fall apart and I will have to go home.’ But we kept adding layers and I was getting more and more inspiration.”

Much of this inspiration seems to have come from Norway itself and the living and recording locations, most notably the mausoleum of the renowned artist Emanuel Vigeland. It was here that – wrapped in blankets to protect from the low ambient temperature – Myrkur recorded many of the vocal parts on the record so as to make use of both the unique atmosphere and the 11 seconds of natural reverb. But more generally, it’s clear that there is a strong Scandinavian spirit driving both the project and the artist herself. She’s quick to draw parallels between Nordic black metal and the Nordic folk she grew up with and continues to channel in Myrkur.

“You can always tell with folk music the culture it comes from, because it’s been played for many years and is rooted in your culture,” she comments. “Scandinavian folk has this very distinct Nordic thing that I also really hear in black metal… Also, without getting too sentimental, growing up in Scandinavia, we have this life here with the nature and the weather and because black metal seems to be pretty rooted in the culture here it just resounds within me – the same way as I read a Hans Christian Andersen fairytale and I know exactly what he is talking about because he is speaking my language, and not just in words.”

It is this sense of culture and history that seems to form the bedrock of Myrkur’s music and overall aesthetic, the use of runes, forests, wolves and archery suggesting a respect for what might be described as a more traditional way of living, and offering further pointers to the influences at work on the album.

“The truth about me is that I’m very traditional,” says the multi-instrumentalist. “I don’t ever aspire to be a good man, I want to be a good woman. But that being said, I don’t think that you always need to fall into an image that someone has put upon you. I love freedom, I come from a country that has freedom of speech – freedom of everything – and I don’t like someone telling me what I can and can’t do because I can do a lot of things.

“There are many aspects of the Norse mythology that describe humankind in a very interesting way,” she continues. “I always loved the sagas and the goddesses. There is a song on the new record that I wrote from the Poetic Edda called Vølvens Spådom and this is about the oracle, a truth-teller. I liked the idea of women being truth-tellers of the world, and this is combined with my own personal anger and hate and love of nature.”

What inspires that anger?

“How much time do you have?” she sighs. “I have experienced a lot of hatred and lies, and I have very little tolerance for things that a lot of people accept. Some things you can’t say out loud, but you can sing about them.”

Which bodes a final question: is making this sort of dark, earthy, emotive music ultimately a cathartic process?

“Ummm… no,” she concludes with a laugh. “But I’m not really looking for an emotional cleansing. I’m looking to build up myself and the universe around me even stronger than it is. I like to feel power and I get that more from my music. I don’t feel, ‘Oh, now I’m healed,’ I feel, ‘Now I’m going to go even further!’”

M IS RELEASED ON AUGUST 21 VIA RELAPSE