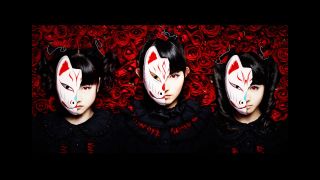 Wherever you look on the internet, if Babymetal are mentioned there's going to be an argument. Some people think it's the most exciting thing on the planet and some would rather drink bleach than listen to it again. The main argument is that it's "not metal", so we called up one of the most metal people we know – Napalm Death and Evile producer, Russ Russell – to talk about why he's fully into it.

“I love the fact they’re winding everybody up so much, I’ve not seen a band do this for years – people are so massively opinionated about it in one way or another. The fact that it seems to be causing huge friction in the metal community is wonderful – anyone that can do that is A1 in my books.

“I suppose Babymetal gets singled out because of its stylish appeal to a younger audience, so it gets presented in a much more commercial way. The comments that are flying around on Twitter and Facebook actually quite shocked me. How can people be so negative and narrow-minded? People are venomously attacking each other! ‘Oh if you like that band you must be a complete idiot! I don’t want anything to do with you.’ It’s almost creating war between friends, it’s ridiculous. Okay, it might not be your thing but that’s no reason to attack them or other people. I didn’t realise there were so many rules or regulations on what you must or must not like if you’re a metaller.”

“It’s very original and a stylish, well thought out concept. It’s superbly executed and they’re amazing musicians – their live show is incredible. I’ve been checking them out for a good few years now, they’ve been around for a while. It’s amazing that they’re suddenly making this huge ripple over here.”

“I’ve always been into weird Japanese bands. I’ve been over there three times with both Napalm Death and Lock Up, and sometimes we get some crazy support bands. I love the way the Japanese take a well-known genre and turn it on its head into something completely mental. I don’t know if that’s got anything to do with the fact mushrooms were legal over there until a few years ago. There’s so many crazy Japanese bands, look at Boredoms – they’re absolutely insane!”

“At Sonisphere so many people are gonna go see them, it will be packed. Not everybody will like it, but people are fascinated by it. I sincerely hope I can make it there.”

“I feel the need to say to people – go and check out Japanese bands. There’s so many and they’re all utterly bonkers. I’m Bo Ningen at the minute. Go and check out some Can – Damo Suzuki was a massive influence on their music. To me you can see that kind of crazy Japanese influence. Open your minds people, go and check some stuff out!”