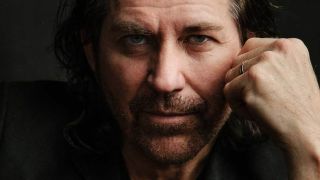 Kip Winger hopes that the success of his debut classical album may cause belated reassessment of him as a performer in broader sense. Pilloried by Metallica’s Lars Ulrich and Beavis & Butt-head during the 1990s as a poster boy for the worst excesses of hair-metal, last week the 54-year-old topped Billboard’s Traditional Classic Chart and sat at Number Three in the main Classical Chart with Conversations With Nijinsky, made with The San Francisco Ballet Orchestra and issued under the name of C F Kip Winger.

“I take great pride in having a Number One classical record,” he says. “There are so few rock guys who could write music to put in front of an orchestra, the fact that I’m one of those should tell you: Good musician – you got it wrong. And what I’ve done is legitimate classical music.”

Despite having studied classical and ballet from his teens, Winger admits it has been as much of a struggle to find acceptance within this relatively new area as the genre for which he was first known.

“I’ve got around ten [classical] pieces, all of which have been performed by orchestras and even now I’ll walk into a room and half of the orchestra will say, ‘Oh God, another rocker dude tries to go classical’ – expecting to hear bad Hans Zimmer material,” he says. “And that’s why I went out of my way to master all of the instruments of the orchestra. I was also lucky that Christopher Wheeldon, the English choreographer recently awarded an OBE, liked my first piece, Ghosts, and ushered me in on a very high level.”

Winger reveals that the Billboard chart compilers made him “jump through hoops” to validate his credentials, demanding to know how many performances he’d undertaken and with whom he had studied, also names of those that had commissioned him. “They wanted to know I wasn’t just a well-known guy ‘claiming’ to write classical music,” he explains.

Kip recently hand delivered copies of his CD to Vaslav Nijinsky’s daughter Tamara and the ballet dancer’s grand-daughter Kinga Gaspers in Tucson, Arizona. “Tamara and I have gone on to become friends, so to receive that acknowledgement is remarkable,” he says. “I feel like we met before in past lives.”

Last summer Kip and Winger/Whitesnake guitarist Reb Beach performed the band’s hit single Headed For A Heartbreak with the Colorado Symphony Orchestra. He says that it would be “a dream come true” to perform a full-length show that fused the two styles. However, there’s “no danger” of the style becoming Winger’s main focus. “The band, my solo albums and my classical stuff are all on permanent rotation,” he stresses.

Winger’s fifth annual solo unplugged date takes place at the Borderline in London on September 17, with Fiona Flanagan as support. “This time I plan to start even earlier than usual as I’ve so many songs to play,” he promises. “It’s always my favourite gig of the year.”