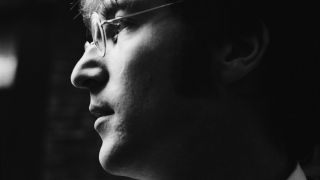 It’s been 35 years since John Lennon was gunned down by Mark Chapman outside The Dakota Building in New York City, but while we lost the man, it’s his music that’s endured. Whether through his extensive solo and band work or a generation of cover versions, Lennon’s music still echoes through the ages, not least in the ten tunes listed below.

The short-live Seattle supergroup that featured members of Screaming Trees, Pearl Jam and Alice In Chains were eventually pulled apart by drug abuse – two of the four members would suffer drug related deaths – but they burnt brightly if briefly, this Lennon song was recorded for the Working Class Hero covers album, but also appeared more recently on the Deluxe Edition reissue of their solitary album, Above and in their very rare live shows.

Featuring the man himself, Bowie’s version of Across the Universe from his Young Americans album would not only feature Lennon on backing vocals and acoustic guitar, but would also lead to the pair writing and recording Fame while they were in the studio. Bowie would later pay homage to his old friend by dedicating Lennon’s Imagine to him live.

Recorded for Amnesty International and to mark what would have been Lennon’s seventieth birthday, Ozzy’s melancholic version of How? was accompanied by a video of Ozzy (and startled passers-by) walking through New York City towards Central Park to lay a wreath on Lennon’s Imagine memorial. “The world stopped for me,” he told the BBC at the time, recalling when he heard that Lennon had been shot. “I can’t even describe how I felt. But the amount of joy and hope that he gave people was just remarkable.”

Recorded for the movie and soundtrack to Sgt. Pepper’s Lonely Hearts Club Band (in which they’d cameo), Come Together proved to be something of a last hurrah for Aerosmith, giving them their last top forty hit in the US for nearly a decade. It’s still an occasional gem in their live set, even to this day; check out the raucous jam version from the band’s irrepressible Live! Bootleg album.

Amid the outpouring of grief after Lennon’s assassination came Roxy Music’s almost languid take on this Lennon classic. The band had added it to their live set during their European tour after news had reached them of Lennon’s death. Released in early 1981, it would give their band their only UK number one.

Recorded originally as an exclusive for Uncut magazine’s 2002 collection of Lennon covers, Instant Karma 2002 (A Tribute To John Lennon), Weller’s thrumming rendition of a true Lennon classic comes straight from the heart. As Weller told NME: ”Lennon’s a singer I admire not so much for the technical side but for the honesty and power. I was listening to Don’t Let Me Down and he was just letting go on that track. I love it. And songs like Twist And Shout, and Bad Boy really put him up there as one of the great rock’n’roll bawlers. He’s been a massive influence on me right across the board, as a writer, lyricist and singer.”

Recorded for Starbucks’ (no, really), Sweetheart 2014 compilation album of like-minded-artists (indie and college radio orientated, as far as we can tell) covering their favourite love songs. While the original - recorded with Phil Spector - was a more downbeat affair, Beck mixes things up with a lightness of touch (earnest acoustic strumming), but underpinned with a the right degree of dense vocal harmonies that sets an earnest tone.

Arguably the most vitriolic of songs to come from the Imagine album, Gimme Some Truth (albeit a truncated version) actually came out of the Let It Be sessions some two year previous. A surprisingly popular cover, it’s been reworked (and occasionally ridden roughshod over) by everyone from Generation X to Travis to Primal Scream. Pearl Jam’s live take, which they still play should the mood take them, stands head and shoulders above the rest though.

Two very different takes on the timeless Lennon classic, Cornell first covered the track on his Songbook Tour (and the subsequent live album of the same name) and it’s as plaintive and sparse as the original with his chiming acoustic guitar taking the place of Lennon’s white Steinway. While A Perfect Circle’s version appeared on their (mostly) 2004 covers album of political and protest songs, Emotive. Alongside Lennon, they took on songs by Fear, Crucifix, Marvin Gaye and Depeche Mode. Sadly, the accompanying video is as pertinent today as it was over a decade ago.

To find out more about the great and the good and the not so good in Lennon’s catalogue, then click on the link below.