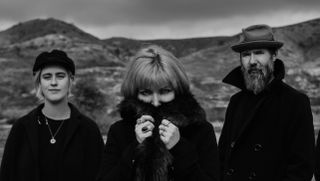 A frequent criticism of new blues music is that it’s bland and polished – that it lacks grit and soul and doesn’t really say anything.

Beaux Gris Gris & the Apocalypse – an Anglo-American blues band based in California but inspired by the music of New Orleans – are this week’s exception.

Despite its confrontational title, Don't Let the Bastards Drag You Down – from their debut album, due in September – has the feel of a classic blues ballad. It just has a message that everyone can relate to, no matter what side of the fence you sit on.

"It was song we had been working on a while,” says Greta, “but it never came together. When Robin and myself finally started a blues project (Beaux Gris Gris) together in 2017, we knew this was the song; suddenly the lyrics and melody all came together. With everything that is going on in the world right now, no matter what political party or country, we wanted this song to speak to people today just as it would have 100 years ago, while keeping with some traditional elements musically."

The band tour the UK in September, which will be followed dates in the Netherlands with blues supergroup, DVL. A full list of dates is below.