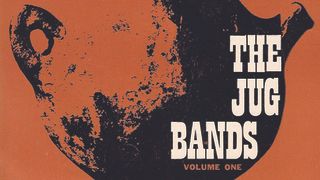 The Jug Bands Volume One

The reissuing of classic blues recordings has been a project spanning not only time – more than half a century – but also territory: few European countries have failed to join in, and good work has been done in Australia and Japan. South America, though, not so much.

But fans remember with affection a small label from Argentina, Natchez. Founded by collector Norberto Bettinelli, this short-lived catalogue (1967-71⁄72) promoted both blues and early jazz on four LPs and four EPs.

The first EP brought together the two most celebrated jug groups from Memphis. First, the Memphis Jug Band itself, with the 1927 Victor coupling of Sometimes I Think I Love You and Memphis Boy Blues, a stomping blues with a rampaging kazoo. On the other side, a pair of sparkling instrumentals from 1928, also issued on Victor, by banjoist Gus Cannon’s Jug Stompers. Pig Ankle Strut and Bugle Call Rag featured their exquisite harmonica player, Noah Lewis.

At the time, few if any of these tracks were available on microgroove, and Natchez was providing a real service to jugaholics. It did another, later the same year, with The Jug Bands Volume Two.

These EPs are rare, and they contain fine music in excellent transfers. They should be held in higher regard.