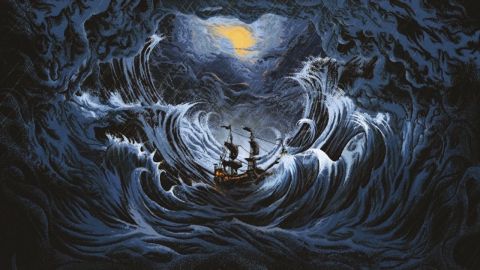 Sturgill Simpson may be blessed with the golden tones of Merle Haggard or Marty Robbins, but he’s anything but a simple country throwback.

2014’s Metamodern Sounds In Country Music moved away from the hard traditionalism of his debut, reaching far into the starry beyond for a concept piece on aliens, cosmology and metaphysics. As its name implies, A Sailor’s Guide To Earth stays much closer to home, the album serving as an extended letter to his first child, born two years ago.

Cue nuggets of advice from someone who’s had his own share of knocks, self-inflicted and otherwise, as Simpson and the band tackle brassy R&B, Memphis soul and swampy country, augmented by semi-orchestral strings and bound together by his extraordinary baritone.

This pluralism is highlighted by a ticking country version of In Bloom, a song whose sentiments suggest George Jones may have made a fine fist of Nirvana’s back catalogue. Keep It Between The Lines, meanwhile, is a sly slice of Southern funk with a gospel refrain that urges Simpson’s son not to sweat the small stuff in life.