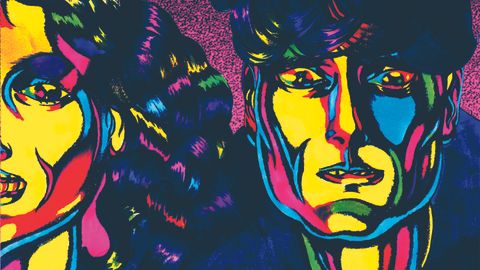 Most of them are noisy, energetic affairs released under the Oh Sees moniker, but he’s turned down the volume for this mellow offering and reached back a decade to revive the OCS name. He’s also linked up again with Brigid Dawson, whose voice is a foil for some of the darker currents that lurk below the folksy veneer of acoustic guitars and string arrangements.

He may have swapped his garage for a more pastoral setting, but he’s taken his drugs with him. The surrealistic whimsy of the opening title track is regularly disrupted by sudden rhythm changes, and The Baron Sleeps And Dreams is disturbingly psychedelic.

As a stand-alone album, it’s a trip. Where it fits in Dwyer’s canon is another kettle of bananas entirely.