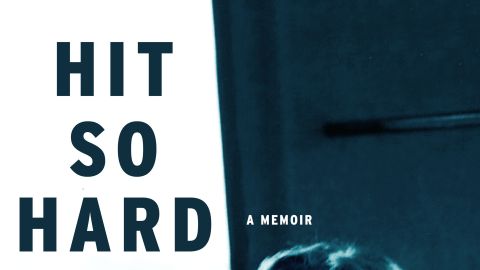 Patty Schemel was the second (and main) drummer with Hole – “the best musician in that band”, as Kurt Cobain termed it. She could (can) hit the drums hard. Real hard. As a person she was blunt, no-nonsense and sadly proved prone to addiction. She was a blast to be around. She had a keen sense of humour and an ability to turn a bad situation to good. She knew who she was and why she was doing it. She did not suffer fools, or those who favoured the male gender.

She is unflinching in her description of the recording process with Hole, Kurt Cobain’s suicide, the death of bandmate Kristen Pfaff, her descent into a life of homelessness and crime on the streets of Los Angeles. She lived with Kurt and Courtney and was a confidante. And although this book is always open, detailed and with a wealth of the insider information you would expect, at no point does it feel like she’s betrayed those confidences. And she has a great turn of phrase: “Kurt was like a sister trapped in a brother’s body. He had a feminine side, and with his stomach issues he often looked like he was in the throes of menstrual aches.”

Schemel was young when she joined Hole, but well-versed in the rock’n’roll lifestyle – she started drinking at the age of 11, and was already part of the Seattle/Olympia scene of the early 1990s through her band Sybil and punk rock connections. Here she is, detailing her first meeting with singer Courtney Love at all-ages punk venue Jabberjaw: “What kind of drugs do you do?”

“Speed, I guess. And alcohol,” I said, leaving out the rest of the truth. “But I don’t play when I’m fucked up.”

“Braggart. Do you want to be my drummer?” I told her I did.

She got fired from Hole eventually, for her perceived drug abuse (the irony of which she notes in fine, caustic detail in the second half of this book). She was in love with a girl at the time. Her life accelerated downhill shortly after, fuelled by addiction. She got herself clean on March 1, 2005.

Patty still plays music regularly – the only member of Hole from their glory days who does, as fellow bandmate Melissa Auf der Maur (Kristen’s replacement) points out. She is a board member on the non-profit Rock ’N Roll Camp For Girls in California (where she lives with her wife and daughter). She tours, teaches and performs.

And this is a beautiful memoir.