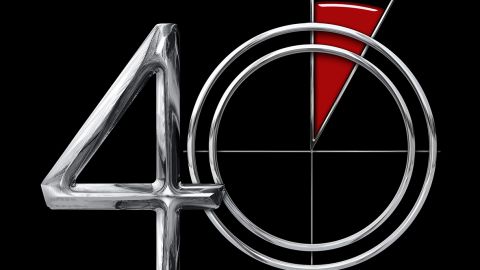 History, they say, is written by the winners. So while a cynic may point to the plethora of previous Foreigner collections, let’s acknowledge that the band’s first five albums sold 26 million copies in the US alone, and then allow primary songwriter, guitarist and sole remaining founder member Mick Jones to refresh the compilation template. One last time.

This new collection is a career-spanning two-CD set that features 40 remastered tracks from 40 years. And it’s all packaged to look a little like Foreigner 4, their greatest success from those four decades. What could be neater? There’s a 23-song double-vinyl version but, really, why would you bother with that?

Including six ‘radio edits’, the songs on Disc 1 (9⁄10) are all killer, no filler. Cherry-picked from the first five albums (1977-84), in chronological order, the tracklist pretty much writes itself. There are five songs apiece from the eponymous debut, from 4 and its not-so-impressive follow-up, Agent Provocateur. Plus there are three each from the heavier and less hit-laden second and third albums, Double Vision and Head Games.

Disc 2 (7⁄10) opens with two decent rockers from Inside Information (1987), and just one from Unusual Heat (’91) – with original singer Lou Gramm absent. He’s back on 1992’s compilation-only track Soul Doctor and sings on the three from Mr Moonlight (’94). So from this seven-year era come just seven songs – compare and contrast with the 21 on the other disc, crafted over an identical time frame…

At this stage, the second CD seems almost redundant, but from track eight forwards, it gets a new lease of life. A dozen songs, recorded from 2005 onwards, feature current singer Kelly Hansen, and they prove without a doubt that he’s more than fit to front the band in the 21st century. Indeed, Can’t Slow Down (2009, Hansen’s one full-length album with the band) was a major return to form – but including five songs from it here suggests it matches Foreigner’s heyday. Not so.

The band have, though, been adept at reworking their old material – including live takes on 4’s Break It Up and Girl On The Moon, performed unplugged, plus there’s a superb acoustic re-recording of Say You Will.

The two new songs – a remake of I Don’t Want To Live Without You and Give My Life For Love – are both disappointingly schmaltzy, but 40 ends on a higher note with the recently reclaimed anthem written (by Jones and Marti Frederiksen, with lyrics by Chris Difford) for the 1998 film Still Crazy. Called The Flame Still Burns, its title and position here suggest a heartfelt message from Jones. But really, let’s be honest…