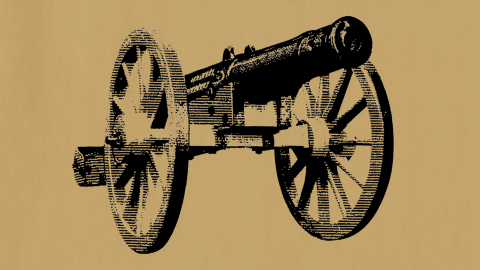 Their first US No.1, these days a lot of negativity surrounds For Those About To Rock. There was at the time of making it too. Sure, Back In Black had brought them back from the brink, but the band were tiring of manager Peter Mensch (and fired him that summer) and bored of producer Mutt Lange’s perfectionism, as they hung around the studio waiting for Lange to put the finishing touches on take after take. (It was his last album with the band.)

“By the time we’d completed the album,” Malcolm said, “I don’t think anyone, neither the band nor the producer, could tell whether it sounded right or wrong. Everyone was fed up with the whole album.”

Listening back now, it’s not difficult to see why. Tracks like the pedestrian first single Let’s Get It Up, or the self-consciously scary Evil Walks, lacked the energy and wit of old. Double entendres had become single; riffs that had once been recycled were in danger of sounding tired and thin. The only song that truly reached the same heights as the best songs on Lange’s two previous AC/DC albums is the titanic title track. Named after a Roman gladiator’s motto, its gargantuan riff, heroic chorus and explosive climax made it the band’s biggest and loudest anthem.

30 years after its release, For Those… had sold four million copies in the US – roughly 18 million less than Back In Black and, astonishingly, two million less even than Dirty Deeds.