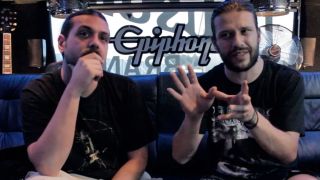 In this exclusive clip, Tommaso and Cristiano from Fleshgod Apocalypse explain why new album King is the darkest album they’ve ever created.

Fleshgod Apocalypse’s new album King is out now on Nuclear Blast and it’s something the band describe as “heavy as fuck”. But not only that, it’s darker than anything they’ve ever released. Having learnt from the past, the band are starting to understand how to better get their message across. “The album is great and we’re continuing our evolution but it’s very different to Labyrinth,” they say.

But what makes it so dark? Watch below.

Order your copy of King now.