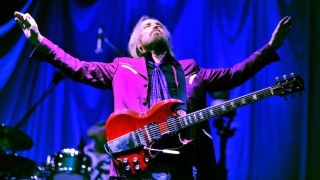 The great Tom Petty came to prominence through his 1979 album Damn The Torpedoes and global hits like Refugee, American Girl and Mary Jane’s Last Dance, but there was much more to Petty than his Billboard success. Here, we select ten tracks from Petty’s history that deserve more attention.

Cue Tom: “This is a Chuck Berry song ‘bout a car race”. Captured live in Koln in June 1977 this is a chance to hear what the original Heartbreakers sounded like before they smartened up their image. The song also appears on their Official Live Bootleg LP when they opened for Al Kooper at Paul’s Mall in Boston in 1976.

And here’s something from that album. Unusual and atypical for the band this improvised ballad was made up on the spot in Shelter’s Tulsa studio with Stan Lynch playing the ARP synthesiser and guitar Mike Campbell using an Ebow while Benmont Tench is on grand piano: all strange and rather lovely.

Dog On The Run

A concert staple in the mid-seventies this piano driven chugger sounds like an unholy alliance between Lynyrd Skynyrd, the J. Geils Band and David Bowie circa Aladdin Sane. A dirty slice of southern rock blues and boogie with a psychedelic bridge and wasted vagabond lyrics it was considered too moody for official release. Meh.

The Wild One, Forever

With its Stonesy Sticky Fingers moodiness this overlooked track from the first album proves that Petty was already writing great lyrics and seems to be gearing himself up for a face off with Bruce Springsteen in the bruised new Brando stakes. The chorus, featuring Dwight Twilley and Phil Seymour is a blood-curdling barnstormer.

Friend Of The Devil

TP and the Heartbreakers started covering this Grateful Dead song in 1997 and it’s about the best version of the Jerry Garcia, Robert Hunter and John Dawson shaggy dog story outside the 1970 blueprint. The harmonies are exquisite, Campbell’s lead licks bang on the money and it was recorded in San Francisco. American beauty.

Gator On The Lawn

Ostensibly a throwaway B-side to the Hard Promises flop single, A Woman in Love (It’s Not Me), this southern roots rockabilly romp ticks over like Jerry Lee Lewis fronting the Flamin’ Groovies. Irresistibly silly and fun it barely lasts a minute but every second counts.

Filmed during their 1977 performance on the Old Grey Whistle Test this used to bring the house down when the Heartbreakers arrived in Britain to save us from the god-awful new wave of shite. Grandstanding vocals from Tom who is at his pesky best when he emulates a very cross muskrat and Campbell’s gold Les Paul solo is stupendous.

Stop Draggin’ My Heart Around

Tom and Stevie Nicks, a god and a goddess, what would their children look like: blonde, probably. Nicks should have thrown her lot in with TPATH really — she always wanted to — but we’ll have to do with crumbs from the table since this original band performance is pretty rare and definitely brilliant. Scintillating harmonies are lashed in and the tempo is reminiscent of Neil Young’s Ohio.

Love Is A Long Road

Live from the Beacon Theatre, 2013 and an example of latter-day Heartbreaker muscle as they tackle one of the lesser-known songs from Petty’s solo debut Full Moon Fever where ostracised bassist Howie Epstein added the shadow vocals. Not so pretty here - still the guitar duel between Tom’s Fender Esquire and Mike’s Gibson SG does the trick.

I Don’t Know What To Say To You

Back to the beginning and here’s the ultra-obscure flipside of Listen to Her Heart. A slick country rag with esoteric lyrics about “Solo Jack and “Gypsy Jade” Petty gets into character with all the gusto of Bob Dylan on his Highway or Lou Reed feeling Loaded. A splendid little one-eyed play.

Tom Petty: "I Was Thinking, If This Goes For Five Years, That'd Be Quite A Run"