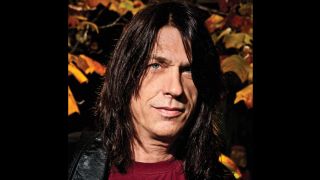 When did rock’n’roll become a driving force in your life?

What’s the secret to playing rock’n’roll?

It’s about intent and abandonment. Malcolm Young, Cliff Williams and Phil Rudd from AC/DC are the same as Keith, Charlie and Bill Wyman from the Stones. It’s really a rhythm section thing. I can listen to The Doors, for instance, and know they’re not rock’n’roll – those last two words are insanely important. There’s a side-to-side swing that metal doesn’t have.

Can you define rock’n’roll?

To work out where it came from and what it means you’d have to play twelve degrees of separation from Little Richard: the fewer steps you make, the better off you are.

Is being a so-called ‘rock’n’roll guy’ a licence to be a poor musician?

You can abuse it, and people will give a pass. Keith Richards is the god of rock’n’roll, and there are a million people that could run rings around him, but does anyone come at what they do with more intent? No.

What’s the most rock’n’roll thing you’ve ever done in your life?

I’ve been as stupid as anyone, I’ve taken myself too seriously and believed I was the most handsome devil on the planet, but do you think I’m going to spill the details?