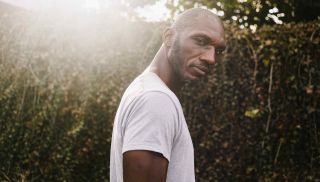 Cedric Burnside, son of drummer and Hill country blues legend Calvin Burnside, and grandson of R.L. Burnside, has big shoes to fill, but he might just manage it with his new record.

Benton County Relic is out September 14 on Alabama’s Single Lock Records, and two songs are available already, with new song Ain't Gonna Take No Mess drawing some heavy weight comparisons from Billboard: “Ain't Gonna Take No Mess," they said, "rides a tough, muscular groove that would be a comfortable fit for Led Zeppelin or Jack White.”

With it's tight-but-loose groove and snaking slide guitar you can hear for yourself why:

In 2006, he appeared in the movie Black Snake Moan, playing drums as Samuel L. Jackson does this outrageous version of Stack-O-Lee.

Benton County Relic is out September 14.