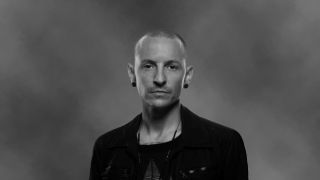 We were on the rooftop of a Los Angeles hotel. I had flown in from London the night before; he had driven in that morning.

He was wearing a v-necked, white t-shirt with checked shirt over the top. There was a cross on a chain around his neck and he looked tanned and fit. He said he was in the best shape of his life – physically, mentally and spiritually. He looked it too.

It was a few years back and it was the last time I saw Chester Bennington. I remember thinking that, out of the troubles that had previously shaped his life, he was seemed to be finding some calm.

We talked for a few hours that morning, over breakfast and coffee. He said his life had turned around, and he talked warmly about the good relationships around him. He said “all the emotional stuff” had gone.

He prayed a lot then, and he took it seriously. He said he had “learned not to take God for granted anymore”. He talked of stability and peace.

“I learned that the reason I used to keep going into all the turmoil was because that’s where I was comfortable because that’s what I was used to,” he said then. “When things got normal, I freaked out. Now, though, it’s the opposite. When things start going awry, I get really nervous.”

It’s hard to know what can have changed since, or what happened for him to take his own life on Thursday. It’s difficult to think that the balance he had been striving for has come to an end.

The first time I met him was in 2004 in a Rome hotel room: impersonal, darkened and sterile. He came across as the same. He was a different man then. It was the tail end of the Meteora album cycle after Linkin Park’s multi-million selling second album had followed their diamond-certified debut, a late gate-crasher to nu metal which went on to define the genre. It had been a whirlwind of stunning success but also of relentless touring, recording and promotion.

Chester had gone from a wiry kid with a difficult background to being a megastar. And – at least back then – he was difficult. He was guarded, tired and paranoid. He had a hell of a temper.

In 2008, in an interview as he drove mazily around Los Angeles, he told me about that time. It was a conversation that changed our relationship. Before it, there was coldness and suspicion; after it trust and warmth. Chester had big, high walls brought on by a lifetime of feeling isolated. Occasionally, he let you inside them, where the real man – honest, emotional, energetic, but troubled – existed and it was like seeing a different person entirely. He talked about the end of Meteora and afterwards into 2005, and it was stark.

“I’d wake up, have a pint of Jack Daniels to calm down,” he said. “Then I’d pop a bunch of pills.” He wouldn’t leave the house, and instead used to hide in his closet. “I’d shack up in there in the dark and shake all day.”

He felt separated from his bandmates then. He drank and smoked weed, which they didn’t. They were older friends, he had always been the new guy in the band, the out-of-towner who had had to audition to join. “My drinking put a big barricade between me and the guys in the band but I didn’t realise how big a problem it was – I thought they just didn’t understand me,” he told me. “They said that I was two people – Chester and then that fucking guy.

It was during that period that he worked hard to change. The three years between the end of the Meteora album cycle and the release of its follow-up, Minutes To Midnight, were the first time he and the band had had a chance to catch their breath. It was a turbulent but important period. Chester divorced his first wife, and struggled with that, but then he sought help. The angry, anguished singer began a process of controlling his feelings.

“I did some counselling with the guys and they really opened up and told me how they felt,” he said. “I had no idea that I had been such a nightmare until I got a good dose of ‘Here’s-what-you’re-really-like’.”

He vowed to change. He fought to get sober, and he fought to put his life on a more even keel. And he thought about why he was like he was.

If that was a chaotic childhood, by 23 he was the frontman for one of the biggest bands in the world, with all the confusion that brought with it. He had grown up at war with himself, and now found himself both adored by fans and pilloried by critics. It was inevitably confusing.

But he changed. Linkin Park changed too – they continued their evolution from nu-metal with 2010’s more experimental A Thousand Suns, and with it the pressures on them grew lighter. Chester became less taught, less angular, the band grew closer too.

Interviews, once timed and tightly controlled, became loose and relaxed. He would hug you, ask about your family, tell you about his, stroll through hotel gardens shooting the shit. The demons lurked, but he appeared to have a handle on them. “When I was in my early 20s, whenever bad shit happened I would be like, ‘Why? Damn you universe!’,” he said. “Now, I’m like, ‘Okay, I know that I will learn from it.’”

However that battle was always there. Earlier this year, he talked about the “bad neighbourhoods” in his head. Staying out of them had long been a struggle.

When I first met Chester Bennington, he was a different man – twitchy, tetchy, angsty and sharp. When I last spoke to him, he was the man he had become – open, friendly, passionate and honest. The journey between the two points had been difficult; the tragedy is that it has come to an end. He had fought so hard.

The downward spiral: Why is depression on the rise in metal bands?