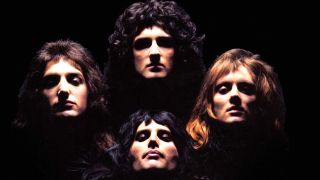 Queen men Brian May and Roger Taylor admit they have almost no contact with retired bassist John Deacon, except over business dealings – and they believe he's too "fragile" to take things any further.

He won’t be involved in their upcoming US tour with singer Adam Lambert – but his former bandmates insist the shows will be worth seeing.

Last week Queen + Adam Lambert confirmed 1. arena shows during June and July, following their first shows together in 201. and another in 2013.

Guitarist May tells Rolling Stone the band are aware that many young fans will never have seen them with late frontman Freddie Mercury, saying: “We were very conscious of that in making this decision. This is the closest you’ll ever get to seeing Queen as it was in our golden days – but it’s not a reproduction.

“We’re here live and real, and we have a great singer. There’ll be a lot of newness about this. It’ll be loud and dangerous, and all the things that people used to look for in us.”

Lambert argues their performance will be a breath of fresh air for crowds used to pre-programmed pop performances: “This is the real deal,” he insists. “This is live. Today, you go to a concert and you’re getting a lot of playbacks. There’s click tracks.

But there’s to be no contribution from Deacon, who retired in 1997. Asked if they keep in contact with him, May admits: “We don’t, really. He doesn’t want to. He wants to be private and in his own universe.”

Taylor adds: “He’s completely retired from any kind of social contact. I think he’s a little fragile and he just didn’t want to know anything about talking to people in the music business, or whatever. That’s fair enough; we respect that.”

“He still keeps an eye on the finances, though,” says May. “We don’t undertake anything financial without talking to him.”

Queen are continuing work on an album set to feature recently-discovered Mercury recordings – but they haven’t ruled out tracking new music with Lambert. Taylor says: “It would be nice. We’ll see what happens on tour; I think we’re king to make sure we enjoy it first.”