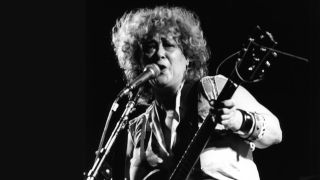 ‘Strong we are strong like the river of death that runs through our veins.’

There are those who aren’t supposed to die, at least those who one can’t imagine dying. I guess they’re the people who never seem to stop still for a moment, always on the go; enough to make one feel nervous. Vi Subversa was one such person; a fiery ball of energy on a headlong rush for the stars. Now she’s dead and I can’t help wondering whether she’s finally got there, the stars, that is. Either way, Vi was herself a star, I knew it and so did a good few other people, but she didn’t, she was far too questioning for that, and neither did Joe Public who would have greatly benefited through doing so.

‘Lust and lies, and the love that we made of our lust and lies. Trust that we gave for another new start when it all fell apart.’

Vi was a poet armed with the cobblestones of love. She had a voice that sounded like sun-warmed gravel and a guitar that I was never quite sure whether she could play or not; maybe she wasn’t either. Vi was the leader of Poison Girls, a radical feminist outfit who for the most part were men, except, of course, for Vi, who had all the play-power of a dozen of ‘em. Vi was the kind of person who one didn’t take lightly; she knew where she was and who she was and wasn’t about to be told otherwise.

‘Strong we are strong with the strength of our minds and the hope that remains.’

Vi was born on the 20th of June 1935 into an East European Jewish family, the Sokolovs. The Sokolovs named their offspring Frances, Frances Sokolov, to which, at some point that I’m not too clear about, Sansom was added: Frances Sokolov Sansom. When I first met Frances Sokolov Sansom in 1977, she called herself Vi, Vi Subversa, which was good enough for me, and a lot easier. I’d always had problems reading Dostoyevsky and the like because there were too many complex names for me to keep up with, let alone pronounce. So, the Vi I met was Vi, a maverick Jewish radical who had, I felt, played rather too seriously with the sort of socialism which French existentialists had a penchant for; all red shirts, pipes and angst at the Café de Flore. However, Vi didn’t smoke, and most certainly didn’t smoke a pipe. In any case, she didn’t live in Paris; she’d ended up in Epping, Essex, as a feminist anarchist with all the chutzpah of an East End barrow boy. Vi was a punk, but I don’t think that she ever became a punk. No, she was a punk by birth, with a big history behind her and a big future ahead of her, trying to put it right.

‘Strong we are strong with the rage of the past and all that will fade.’

Vi was eight years older than me, and if my slightly advanced years had sometimes got me labelled as the Godfather of punk, then she most surely must have been its Godmother, but not of the fairy variety. She was a wonderful and caring mother, a warm and faithful friend, but fairy? No.

‘Strong with the strength of the dreams that we made that fall and fade.’

The first time I visited the Poison Girls’ communal home, they were having a house meeting; one of the residents was spending too much time wandering around the extensive gardens yelling abuse at all and sundry. Vi didn’t like the atmosphere that he was creating, she felt it threatening to her and her two children. Others, taking a more Laingian view, thought that he should be allowed to work through his pain in this way. But Vi didn’t see why his pain should become hers or anyone else’s, and I guess she had a point. By the next time I visited, the offending individual had ‘moved on’, the blackbirds were singing uninterrupted and I began to realise that Vi was a law unto herself.

‘Strong we are strong with the sport of the game, the loss and the gain.’

Following an offer made by Vi which quite simply couldn’t be refused, a sort of ‘you will do this’ kind of an offer, I became the producer of Poison Girls’ first two albums, Hex and Chappaquiddick Bridge, that being the bridge that Ted Kennedy drove off, leaving Mary Jo with no future. Notwithstanding, both of these works were an adventurous burn up down the fast lane without a bridge in sight; one great big feminist cry for just a little bit of social justice and common-sense decency which, as Ted conclusively proved, was no more common then than it is now. We also created Promenade Immortelle together, a magnificent single which showcased Poison Girls at their blossoming best. If ever the tender side of Vi’s passion found true expression, it was on this track where, coupled with Crass’ Eve Libertine, feminist pronouncement reached universal proportions in a vigorous demonstration of female strength; all of this being years before the third wave feminism of Grrrl Power.

‘Strong with the strength of the longing and pain that flows through our veins.’

While Crass’ prime subject for attack was abusive governments with bombs up their kybers, Vi’s target was abusive men with pistols in their underpants: Crass concentrated mainly on social politics while Vi and Poison Girls’ angle of ‘take the toys from the boys’ was far more personal, which, not unsurprisingly, didn’t go down too well with the predominantly young male audiences of the day: ‘show us yer tits, Vi, let’s see ‘em’. But if Vi sometimes doubted the efficacy of her tireless efforts to change unchanging attitudes, I never doubted for a moment that her strength would out and, I confidently believe, it eventually did. Coupled with Crass’s Penis Envy, Poison Girls’ first two albums set a new agenda for feminism, a ‘get up and go’ typified by the Greenham Women, many of whom had come to be there having been inspired by their very own punk Godmother. It is here that the true legacy of Frances Solokov Sansom is to be found.

‘Strong we are strong with wave upon wave of change and desire.’

After Crass disbanded, I retreated for twenty years or so to live a somewhat hermit-like existence; writing, reading and thinking. Now and then I’d hear from Vi, but one way or another I always knew she’d still be at it, the unstoppable force. But then she moved to Southern Spain, to the sunshine and a well-earned peace.

‘Strong with the strength of all that has gone and all that will change.’

Vi was happy in Spain. Initially she lived simply, in a rather damp, crumbling casa which, given its latitude, got surprisingly little sun. It wasn’t exactly a hovel, but maybe it was a bit too close to being one for comfort. Vi could see orange trees on the land beyond the casa.

‘Strong we are strong with wave upon wave of change after change.’

And then Vi decided that her casa needed repairs and she called in a cowboy builder to tackle the job. After he’d finished, Vi tidied around and made herself at home in the home she’d as good as built herself.

‘Strong with the strength of the hands, the feet that will stand here again.’

And then one day the ceiling collapsed with Vi underneath it. The cowboy, it turned out, was an outlaw. Vi was severely injured, the kind of injuries that can make age out of beauty and the future a pain. She had a new casa built near the ruins of the old casa, in the sun and with an orange tree right outside the front door, but in all probability she never really settled in. Maybe the ruins just across the way reminded her of too much. Maybe her thoughts became centred more towards the family she’d left back home in Blighty, her daughter Gemma and son Dan, both of whom having inherited a fair helping of their mother’s determined chutzpah and musical talents.

‘Strong with the strength of wave after wave of age after age.’

Vi returned to settle by the sea in Brighton, close to Gemma. Frail now from age and injuries, but powerful as ever in mind, she set about creating another new life: change after change. She even created a new band, Naughty Thoughts, performing what I believe was her last gig on the 5th of December 2015. She finished the set with her Old Tart’s Song which ends defiantly with ‘everybody has their price, up yours’. I can’t help thinking that if Vi were to have a gravestone, that’s what should be written upon it: ‘up yours’. Or maybe it would be more appropriate to use the final line of Promenade Immortelle, the body of which I have quoted throughout this homage to a very dear person.

‘AND WE ARE BUT YOUNG AND WE STAND HERE AGAIN.’

Vi died on the 19th of February 2016. I don’t know what the cause of death was, but I can’t help but suspect that it had to be something to do with the world just not being big enough for her.

With deepest love, blessings and respect to Gemma, Dan and all those who were close to Vi throughout her extraordinary life. We were blessed by her existence.