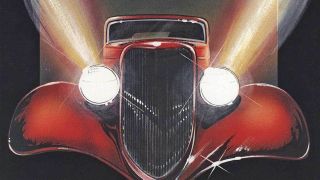 ZZ Top made the 80s safe for 70s rockers. Before the floodgates opened for second-chancers like Aerosmith, Whitesnake, Alice Cooper or Slade, there was Texan chariot-chooglers ZZ Top, ol’ timers from the Golden Gods era, tinkering around with space-age synthesizers and growing their unruly beards down to their boots. It was their willingness to experiment, to drink new blood, that saved them and maybe everybody else from the gnawing abyss of irrelevance.

The band had already rollercoastered from famine to feast once or twice in their ten plus years of existence by the time they recorded their groundbreaking El Loco album in 1981, so it was certainly a risk to pepper that record with bubbling synthesizers, especially when you consider their core constituency of hard-rocking boogie-children. But it worked. You can hear it on cracklers like Groovy Little Hippie Pad and the chewy, cheeky Pearl Necklace. Everything old was new again. Emboldened, two years later the band returned with their contemporary masterpiece. Eliminator was El Loco turned to 11, the perfect storm of sound and vision. It yielded hit after hit, both on the radio and on MTV, and catapulted the unlikely power-trio into superstardom.

But how good was it, really? And do ZZ Top’s New Wave boogie-synth dance-metal jams still hold up after 34 years? Let’s find out! Here’s the album rearranged from worst to best. Keep in mind we are no longer bombarded with the music video for Legs seventeen thousand times a day, and absence often makes the heart grow fonder.

11) Got Me Under Pressure

The first and third songs on any given album are generally the best. There’s some science in that, I’m sure, but for whatever reason, the second track usually pales behind the opener, and that’s definitely the case here. Pressure sounded dated in 1983, and it’s really the only song on the album that still sounds woefully unhip now. It’s the sound of ZZ Top trying way too hard, a fizzling disco-metal misfire. But it’s nestled between two of the greatest songs of the 80’s, so what chance did it ever really have? It still scraped the top 20 at the time, but has not endured as a Classic Rock radio staple.

This might not even be that bad if it was on another album. It’d be fine on the soundtrack for the Lost Boys, for example. But it is almost comically out of place on what is essentially a futuristic pop-metal record. Thug is hard to describe, it’s sorta gothic machine-funk that constantly threatens to devolve into Love My Way by the Psychedelic Furs or maybe some bass-popping R&B jam by Debarge or somebody. The fellas in the band probably thought it was sultry. It’s not sultry.

9) I Need You Tonight

Again, not so much bad as out-of-place. NYT is a slow-burning, bloozy neo-ballad, which would’ve been perfectly fine on any of their first five or six albums, but we are fast-forwarding to the digital age here, so who’s got time for six and a half minutes of this mush? Also, I realize it came out five years later, but INXS’s Need You Tonight is basically the same song just, you know, better.

7) If I Could Only Flag Her Down

It is not an insult to call Eliminator formulaic. If the formula works, what’s bad about it? Coca-Cola and AC/DC are both formula-driven products, and everybody’s fine with ‘em. The problem – and it’s a very slight one, granted – is that Flag is a little too formulaic for its own good. Like most of the album, it’s got ‘The People’s Tempo’ (120 bpm, incidentally), the slithery synthesized guitar sounds, the cardboard drums, and the girls-and-cars-are-interchangeable lyrics. It’s all there, but there’s nothing special about it. It’s a little too on the nose. No one’s gonna turn Flag off, but it’s probably not anybody’s favourite, either.

Perhaps the dance-iest track on the record, I Got the Six is a quick little trifle that zips in and out in under three-minutes. Propulsive and hard-hitting, it’s ready-made for an aggressive bout of pogo-dancing. While it lacks the monster hooks of the album’s big hits, it is the perfect synthesis of ZZ Top’s searing blooze power and their obvious affection of 80’s new-wave pop.

Buried deep on side two, Dirty Dog is the shoulda-been hit of the bunch. On any other album, it would’ve been a smash, but it just had too much competition here. Effortlessly groovy, hook-heavy, riding on a riff that sounds like chopper blades cutting through the smoke in some fiery jungle, Dirty Dog is one of the most fun and satisfying songs on the album, and still sounds a couple years ahead of its time.

The runt of the four mega-hits from this album, TV Dinners is the most new-wave-y of the singles. Riding on a skittering synth lick not far removed from Don Henley’s Dirty Laundry, TV Dinners embraces the plastic-fantastic kookiness of 80s pop, from the goofy lyrics (’I like the enchiladas and the teriyaki too, I even like the chicken if the sauce is not too blue’) to the charmingly weird b-movie homage music video that accompanied it. A kitschy classic.

The one everybody remembers, mostly for the video with the girl and the album’s name-sake car (a 1933 Ford Couple owned by guitarist/frontman Billy Gibbons) and for its perfect riff, a beautifully crafted machine-gun staccato that basically screamed “WELCOME TO THE 80’S, MOTHERF**KERS!”. Legs established ZZ Top as a brand and like some sort of ear-born infection, it spread everywhere, from MTV to the radio to TV commercials and soundtracks. It was a startling reinvention for the band, transforming them from burly antiques to sleek, shiny new hitmakers. With beards, even. Look around man, nobody had beards in 1983. This was some seriously next-level stuff. Ubiquitous throughout the decade, Legs has since mellowed into a timeless summer hit, a warm and welcome reminder of reckless youth squandered on leather miniskirts, cool cars, and guitars that sound like squealing synthesizers. And vice versa.

The video was full of Playboy models, the second in a trilogy of male wish-fulfillment fantasies that clogged the pipes at MTV for months, but all the leather and lace in the world wouldn’t have mattered if they didn’t have this perfect pop song to back it up. Sharp Dressed Man is the finest example of their new-found style, with the blipping keyboards held steady under the throbbing basslines while Gibbons’ flaming riff tears holes through the asphalt. Completely and utterly untouchable.

1) Gimme All Your Lovin’

This is it, the world shaker. Fourteen years down a long, hard road and ZZ Top essentially changed the game completely, overnight. Everything that hard rock would become in the ensuing decade, all the tail feather shaking, the braggadocio, the pop-songs-pretending-to-be-metal, the crucial MTV video saturation, all of it created by a trio of hard-working Texan boogiemen who just wanted to fiddle around with some new-fangled keyboards. If anything is truly emblematic of 1980’s pop culture, It’s this song. And the great news is that it still sounds incredible. Sure, most of the 1980’s was an unending nightmare of nuclear fear and crass commercialism, but Gimme All Your Lovin’, well, this song pretty much made it all worth it.

ZZ Top are on the cover of Classic Rock 227, available now. You can pick up your copy here.

Sex, cars and videotape: ZZ Top look back on Eliminator

ZZ Top: The First Time I Met The Blues