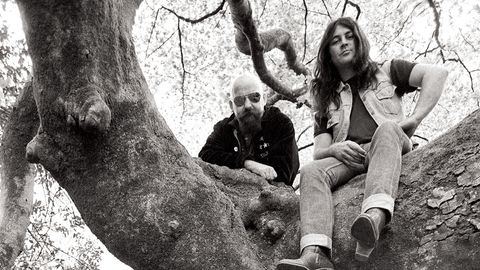 Perhaps it’s because they didn’t last long, but Gillan have always been unfairly ranked behind Rainbow and Whitesnake among the bands formed by Purple alumni. What The Vinyl Collection 1979-1982 proves is that those albums Gillan released during that brief period are all of a high quality.

It began with 1979’s Mr. Universe, introducing what is regarded at the band’s classic line-up. The combination of Bernie Tormé’s guitar and Colin Towns’s gliding keyboards were a tireless complement to Ian Gillan’s inimitable vocals. Songs like the hustling Secret Of The Dance, the snapping Fighting Man and the elegant title track had a lively, rich appeal.

In 1980, Glory Road held its own in a year that delivered so many classic albums. It saw the band really moving up a gear, with the frenetic Unchain Your Brain, the grinding No Easy Way and the sleazy Sleeping On The Job; a masterclass. Glory Road also came with the bonus album For Gillan Fans Only, which contained some hilarious out-takes as well as a fine cover of Elvis’s Trying To Get To You.

Future Shock, in ’81, maintained the creative pace. The scathing No Laughing In Heaven showcased the vocalist’s views on religion, while New Orleans was a blazing version of the Gary U.S. Bonds hit and the title track is a bustling anthem.

Double Trouble was released later in 1981 and, as the title suggests, was a double LP. The first record featured new studio material, continuing the momentum of the previous albums with the snapping passion of I’ll Rip Your Spine Out and the humorous edge of Hadely Be Bop. The second record was live, mostly taken from the band’s Reading Festival performance in August of that year. It also introduced guitarist Janick Gers, who had taken over from Tormé and had settled in quickly.

Gers came into his own on 1982’s Magic, which proved to be the Gillan band’s final album. There’s a more progressive aspect to the music here, which suited the way the band were developing, and Demon Driver and Bluesy Blue Sea were among the finest songs Gillan had ever done.

That’s it. Five albums here across seven LPs, a career captured in a box. And the music shows why Gillan were – indeed are – so beloved.

A Week In The Life: Ian Gillan