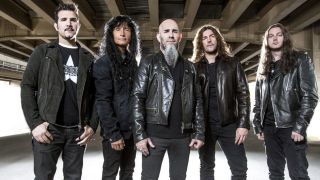 It’ll take place at Catton Park, Derbyshire, on August 8-11 next year, with Sabaton and Scorpions previously confirmed as headliners.

And today, it’s been revealed that Anthrax, Dimmu Borgir, Thy Art Is Murder and Tesseract will also play at the festival.

Check out the brand new Bloodstock trailer below.

Standard weekend tickets are still available at ‘early bird’ prices. The first wave of Serpent's Lair VIP tickets are sold out, although the second wave will be available from December 17.