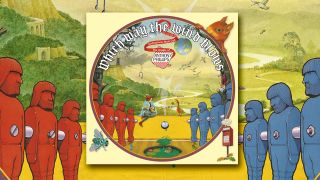 The Rocking Horse Music Club, who are releasing a tribute album to the music of Anthony Phillips, have lined up live UK dates at Trading Boundaries on November 15 and 16 to celebrate Phillips' solo work. These will include performances of material from the Mike Rutherford solo album Smallcreeps Day featuring the album's vocalist Noel McCalla.

Working directly with Anthony Phillips, Rocking Horse Music Club has lovingly curated a selection of songs primarily from Ant's first three solo albums, The Geese & the Ghost, Wise After the Event, and Sides. This will be the first time much of this music will be performed live by a full band.

Which Way The Wind Blows: The Music Of Anthony Phillips will be released on October 17 ahead of the live shows, and alongside McCalla features contributions from Steve Hackett, John Hackett, Nick Magnus, Kate St. John and John Helliwell.

Ticket information for the Trading Boundaries shows can be found here.