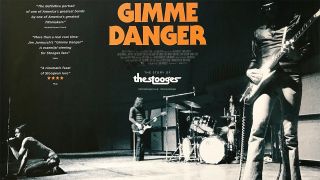 A quick search of "music" under Amazon Prime will present you with a deluge of suggestions, most of which (if we're honest) are pretty poor; consisting of unofficial, low-budget retrospective reviews. However, among the nonsense are some solid nuggets of gold, and we've found the best – sometimes controversial – music documentaries that delve into the deepest recesses of some of the world's biggest acts.

Stevie Nicks: Through The Looking Glass (2013)

Stories of Stevie Nicks' trials and tribulations have always been front and centre of many gossip columns. But as this passionate documentary shows – through interviews and incredible early footage of her onstage with Fleetwood Mac – it was her transfixing performances, immortal songs and bewitching voice that continues to make her such a captivating singer.

Much like the legendary Florida death metal band, this documentary of Death's history is visceral, intricate and ambitious. Going into detail on the life and music produced by late enigmatic prodigy Chuck Schuldiner and his conveyor belt of bandmates, this is the best doc made on extreme music and a must for all heavy enthusiasts.

Much in the vein of Anvil! The Story Of Anvil, this documentary on doom metal pioneer Bobby Liebling paints a tragic picture of a forgotten rocker who's given another shot. Pentagram's music gives Last Days Here a top soundtrack but while it thrives on doom and gloom, this redemptive story is as inspiring as it gets.

Going in-depth on what Iggy Pop refers to as “the greatest rock n' roll band ever”, this tale of The Stooges is as wild and abrasive as you'd expect from the Michigan firebrands. There's a good chance you'll learn something but mostly you'll just be enraptured by Iggy's mental stage presence.

Lynyrd Skynyrd Gone With The Wind (2015)

Subtitled 'The Remarkable Rise And Tragic Fall', you know what you're getting with this three-hour documentary on the Southern Rock behemoths. Not afraid to get to grips with the controversies that surrounded them, and detailing the tragedy that took the lives of Ronnie Van Zant, Steve Gaines and Cassie Gaines. Everyone who's ever hummed Sweet Home Alabama will get a kick from this.

It's often the acts who don't reach the highest heights that make for the best documentaries. That's certainly the case with this crowd-funded film about the comedy rock troupe Green Jellÿ and their dedicated fans. Following the band on a short tour of bars in Canada, the live footage of the costumed pandemonium is thoroughly entertaining.

Everyone from Chino Moreno and Ian Mackaye to former bandmates lift the veil on the idiosyncratic frontman of the Bad Brains. Though there is inevitably hero worship and reverence for his influence, the documentary pulls no punches when asking questions about HR's abnormal and troubling behaviour over the years.

This low-key documentary has enough tales of drugs and debauchery to keep you going until The Dirt film finally materialises. It also soundly covers every conceivable band and big player in the 80s rock and metal scene that came up through the Los Angeles strip.

Friday November 23 2018 is Black Friday, aka the busiest shopping day of the year, and you better believe that Amazon are getting in on the act. Last year they slashed prices across a ton of audio gear including headphones, Bluetooth speakers and turntables, and for Prime Day this year they lowered the price of Prime Music. We can definitely expect more from Amazon's Black Friday extravaganza this year – stay tuned to Louder for all the best deals on music and beyond.