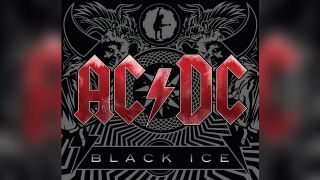 AC/DC were a band on ice. Eight years had passed since 2000’s Stiff Upper Lip album, and five since their last performance at a SARS benefit concert in Toronto. Sony worked the back catalogue gamely enough, keeping the big hits and the schoolboy iconography in the public consciousness, but creatively speaking, there was an eerie silence from the world’s loudest band.

Even worse, filling the void during the wilderness years were malignant whispers from that scurrilous tool of modern witchcraft, the internet. Cliff Williams had taken a career-threatening cut to the hand (true). Angus had a blues solo project on the go (false). Beano was packing it all in (almost true).

In reality, the Youngs had been knocking about material throughout the decade, with both determined to have “all the goods” before they hit the studio, perhaps wounded by the criticism that late-period AC/DC albums consisted of one great song surrounded by autopilot filler.

“The last gigs were done in 2003,” Angus told Guitar World, “and after a while Malcolm and I got together in a studio in London. We’d pick a couple of song ideas and play away, work a bit and then take a break when we’d begin to get stale.”

“I know that the boys wanted something special,” Johnson told Classic Rock in 2008. “They really, really did. And when Angus and Malcolm make their mind up on something, they are stubborn. They will not stop until they get what they want. They’re two stubborn guys when it comes to perfection.”

Undoubtedly so. But, for the first time since the early days in Australia, the Youngs were also prepared to cede a little creative ground. It was telling that when AC/DC began recording at the Warehouse Studio in Vancouver, they were accompanied by Brendan O’Brien, a new producer who was openly pushing the band to ditch the latter-day blues vibe and reinstate the melodic rock‑radio hooks.

“The AC/DC music that I remember most is Highway To Hell and Back In Black,” O’Brien said, “which I view as pop songs done in a very heavy, ferocious way. Angus and Malcolm were writing songs that had a lot of hooks, and my only job was to make a record that made people say: ‘I’ve missed AC/DC and I’m glad they’re back.’”

“I suppose that’s good,” conceded Angus. “Because I’m always a bit ‘raw dog’, you know? If I write something, I just tend to mumble and get a rough tune going. I’ll concentrate more on the swing side of it than anything; the rhythm. But being a producer, Brendan knows how to bring out the melody. It gives you a bit of a kick up the butt. The guy’s not gonna let just anything cruise, he’ll make you work.”

Certainly the producer could be pushy – Angus remembers being hectored to play a slide-guitar lead on Stormy May Day – but he also knew when to use a velvet glove.

“Before I started this album,” Johnson told us, “I met Brendan for the first time and I said: ‘Brendan, if I’m not up to scratch, if I’m not up to the job, please, please tell me. I’m a big boy. I won’t cry, I’ll just disappear. I’ll say goodbye to the boys and they can get someone else in to do the job. And I really mean it.’”

At early Vancouver sessions, Johnson looked to be struggling, apparently needing the call and response of a crowd to summon his vocals. “I’m not a great singer,” he admitted, “but I’m a passionate singer. I’ve gotta have a mic in me hand and I have to be able to move, which you can’t do when there’s a static mic. I think you’ve been able to tell on the last couple of albums, it’s just been getting almost mechanical. And I wasn’t proud of it.”

After Johnson told his producer that he “fucking hated” the studio experience, O’Brien nursed the singer’s insecurities, asking him to sing for just an hour each day, and finding a location for the vocal booth that played to his showman’s instincts.

“I came in,” Johnson recalls, “and Brendan said: ‘We’re gonna sing in here.’ And I said: ‘In there? That’s an office behind the reception desk, with glass windows! Everybody can see us when they’re coming in.’ And he went: ‘Well, at least there are people there.’ And that’s how I sang it. I just sang it right out there. Scared the receptionist every day, poor girl.”

Recorded and mixed in a head-spinning two months, these 15 songs represented AC/DC’s best material since 1981’s For Those About To Rock. Though hardly a reinvention of the wheel, from the guttersnipe chants of Rock N Roll Train to the glam-tinged Anything Goes and the meaty groove of War Machine, this was the sound of a restored line-up playing ferocious and fist-tight.

“Angus and Malcolm had written the songs in England, and I don’t believe the band even rehearsed before they came into the studio,” engineer Mike Fraser told Sound On Sound. “But they didn’t miss a beat and they were really tight. Right away there was this wall of sound coming at us. I’m a fan of the band, and I remember turning to my assistant Eric [Mosher] and saying: ‘Do we have the best job ever, or what?’”

If the new music rediscovered the blood and thunder of the old days, then moments like the epic Rock N Roll Dream proved there was still life in the Johnson pipes.

“When I first heard [the playbacks], I had bumps on me arms,” the singer said, “because I thought it was me twenty-five years ago. I went, ‘Holy shit!’ It was spooky. I thought I was listening to meself when I was a young man. And I can only put that down to Brendan O’Brien.”

There were some surprisingly astute lyrics, too, from Money Made’s beating-back of the corporate tentacles (Angus: “The focus seems to be: how do we get money out of this?”), to War Machine’s musings on the treatment of soldiers through history (although with four songs that had the word ‘rock’ in the title it was never too cerebral). Officially, only the Youngs were credited for the lyrics (and music), though Johnson would admit to giving the drafts a “kick up the ass”, and coming up with the memorably filthy couplet to Big Jack (‘Big Jack, Big Jack, Santa ain’t the only one who’s got a full sack!’). “I’m very proud of that,” he said. “It’s disgusting, but that’s what I’m all about, folks.”

“I remember when I was a boy and I had me motorcycle,” explained Johnson. “And on the radio in the morning it said: ‘Ladies and gentlemen, today the weather is very cold outside. Please be careful of black ice on the roads.’ Black ice was dangerous and it couldn’t be seen. That was the whole thing about it – it was this ice that you couldn’t see that could fucking kill you.”

Black Ice it was. And so, in October 2008, AC/DC’s 14th international album duly went forth to top the charts in 29 countries and sell eight million copies. Not bad for a record that at the time was only issued physically, with Walmart given exclusive distribution rights across North America. “We’re the only band left in the world now that hasn’t signed to iTunes,” Johnson said at the time. “We want people to buy a record, a physical thing, not a number on a fucking download, which is what it’s turning into.”

“You get very close to the albums,” Angus told The New York Times, justifying the band’s reluctance to let fans cherry-pick tracks to download. “It’s like an artist who does a painting. If he thinks it’s a great piece of work, he protects it. It’s the same thing: this is our work.”

But even AC/DC would eventually relent, and they released their catalogue to iTunes some four years later, in November 2012.

But the commercial response left no doubt: the world needed Black Ice. More to the point, AC/DC needed it too. After several barren years, this album thawed the band out, planted their flag in the post-millennium, and minted several new songs that you genuinely hoped would be chalked on the set-list when you saw them live. “I think we realised that it was well worth waiting for,” said Johnson. “You couldn’t not bang your head to it.”

This heart-warming tale does has a chilling postscript. Black Ice was released more than five years ago now – even though the massively successful tour in support lasted right through until late June of 2010, including their hugely triumphant return to Donington to headline the Download festival (for which they even brought their own stage). In many ways the story ends as it began, with a hungry fan base left hanging, unsure whether they’ve heard the last from AC/DC. “But if this is the end,” Paul Elliott wrote in his review of Black Ice in Classic Rock, “they’ll be going out on a high.”

But don’t worry, we have a sneaky suspicion they’ll be back to surprise us.

This article was originally published in issue 191 of Classic Rock magazine.

The Story Behind The Album: AC/DC's Back In Black